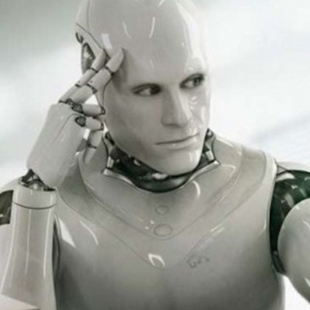 It has long been a fairly innovative study that has been able to solve problems that only humans can do, such as natural language processing and solving complex math problems through artificial intelligence, and has received a lot of attention and continued research.

Simply, robots can be understood as a mechanical field, and artificial intelligence can be viewed as an information processing problem, such as receiving, interpreting, and printing results. Artificial intelligence’s most important issues are issues such as what results come out when you process and how they are given, what meaning they have, how accurate they are, and how good they are. If it’s artificial intelligence to predict an object, it’s important how high and accurate it is, and this is a field that starts with information and ends with information, so it’s completely irrelevant to mechanical elements such as robots.

Expectations and concerns of AI.

Artificial intelligence is permeating our lives with a variety of devices and apps. Now you can only meet them in terms of smartphones, smart speakers, and applications, but they are expected to be used in more diverse areas in the future. Since we can enter anywhere in our real life, we can expect to use it even in spaces and problems that have not been used so far.

For example, in the kitchen, which is a common space for us, a variety of content consumption can be achieved, such as home appliances moving themselves to cook themselves or replacing the shopping they need with voice. Artificial intelligence can enter anywhere we stay, where we need the help of machines.

As technology makes our daily lives comfortable, there are many opinions that technology does not necessarily have only good things because it has two sides that require us to understand the information of users and environments well in order to perform its role correctly. While various issues such as privacy protection feel convenient, it should also be kept in mind that personal information is not only available to our individuals.

After all, artificial intelligence is an algorithm and ethics problem. As technology permeates life, human life is affected by technology, and discussions on how to monitor and check invisible algorithms, and ethical issues necessary for the new era need to be more active.